What Does Mastering For Radio Mean

For 20 years, broadcast processor designers have known that achieving highest loudness consistent with maximum punch and cleanliness requires extremely clean source material. For more than 20 years, Orban has published application notes to help broadcast engineers clean up their signal paths. These notes emphasize that any clipping in the path before the processor will cause subtle degradation that the processor will often exaggerate severely. The notes promote adequate headroom and low distortion amplification to prevent clipping even when an operator drives the meters into the red.

About three years ago, we started to notice CDs arriving at radio stations that had been pre-distorted in production or mastering to increase their loudness. For the first time, we started seeing frequently reoccurring flat topping caused by brute-force clipping in the production process. Broadcast processors react to pre-distorted CDs exactly the same way as they have reacted to accidentally clipped material for more than 20 years-they exaggerate the distortion. Because of phase rotation, the source clipping never increases on-air loudness-it just adds grunge.

The attack and release characteristics of broadcast multiband compression were tuned to sound natural with source material having short-term peak-to-average ratios typical of vinyl or pre-1990 CDs. Excessive digital limiting of the source material radically reduces this short-term peak-to-average ratio and presents the broadcast processor with a new, synthetic type of source that the broadcast processor handles less gracefully and naturally than it handles older material. Instead of being punchy, the on-air sound produced from these hypercompressed sources is small and flat, without the dynamic contours that give music its dramatic impact. The on-air sound resembles musical wallpaper and makes the listener want to turn down the volume control to background levels.

Hypercompressed material does not sound louder on the air. It sounds more distorted, making the radio sound broken in extreme cases. It sounds small, busy, and flat. It does not feel good to the listener when turned up, so he or she hears it as background music. Hypercompression, when combined with “major-market” levels of broadcast processing, sucks the drama and life from music. In more extreme cases, it sounds overtly distorted and is likely to cause tune-outs by adults, particularly women. 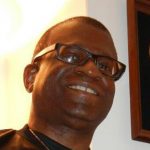 From the mind of Earle HolderBlog 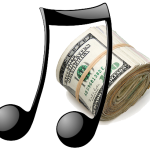 Understanding the Business Side of MusicBlog