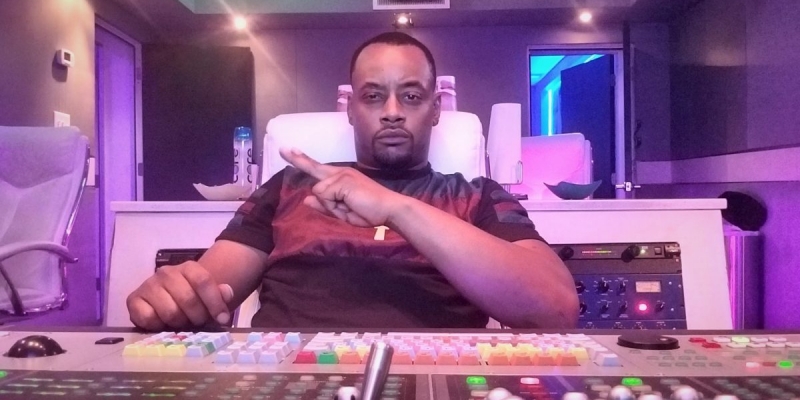 If your audio engineer doesn’t give you a mix that:

…then you shouldn’t trust your audio with anyone other than Sheff Dizzle.

Sheff Dizzle is the seasoned professional behind the online audio mixing service, “Sheff’s Mixing Kitchen.” He’s been serving the perfect mix to independent media creators for more than a decade, with clientele spanning the globe from Chicago to Atlanta, Yugoslavia to South Africa and everywhere in between.

Sheff’s music career began on the other side of the boards as a musician (bass and lead guitar) and rap artist in Philadelphia during the late 90s. This experience planted the seeds that eventually grew into his ultimate passion for the study of sound and frequency and marked the beginning of a very successful career as a mixing engineer.

Numerous testimonials speak volumes of Sheff’s professionalism, exceptional customer service and strict attention to not only the technical details of the mix, but equally to the client’s creative vision for the project. He continues to build a solid reputation as a world-class mixing engineer and welcomes the opportunity to work with new clients from a diverse range of genres and project types. Find more information at his website here.

READY TO MIX YOUR AUDIO PROJECT?

For best results, use the checklist below to prepare your files for Sheff’s Mixing Kitchen:

How much do you charge for mixing?

As each song and genre requires different techniques and skill sets, rates vary based on the amount of tracks, genre and type of musical elements used in the project. If you’re on a budget, we can work to find a solution that best fits your needs.  All songs to be mixed will be reviewed upon receipt and client will receive a firm rate quote after file review.

How long do I have to wait before my mix is complete?

Sheff’s Mixing Kitchen takes pride in a fast turnaround time with strict attention to both technical details and the needs of the client. During the initial consultation, actual turnaround time will be discussed.

I can’t seem to locate my copy of the final mix you sent me. Can I get another copy of it?

No problem. If you ever need a copy of your final mix, Sheff’s Mixing Kitchen can retrieve it for up to 6 months after delivery.

What if there is something I would like to change after you’ve sent the final mix?

Once you’ve received the final mix and there is something you’d like to change, Sheff’s Mixing Kitchen doesn’t charge for revisions up to 90 days after delivery.

Are there any additional fees after the original quoted rate?

Sheff’s Mixing Kitchen believes in providing clients with a stress-free experience with no hidden charges. You don’t have to worry about that with us.